The client had recently purchased a large 4 bedroom dwelling with detached garage and gym block. Initially the brief was to extend the dwelling to connect it to the garage block. However it soon became apparent the existing building was not well built and had an awkward layout so was going to need considerable alterations to achieve what the client wanted. The decision was taken therefore to demolish and start anew.

The house and detached garage block were positioned awkwardly both in relation to each other but also to the external garden space. The garage blocking large parts of the garden from the house while, despite being set on a large plot, the garden was located to the side of the dwelling away from the main living spaces and across the drive to the house which also served the farmyard beyond. The revised scheme moved the house across so the garden was then attached to it and wrapped behind. The entrance to the property and farmyard was then relocated to the other side of the house away from the garden. A number of redundant farm sheds were also removed to allow the house to sit within its own grounds with the wider context of the farmyard.

The existing building was a simple red brick house with fussy over complicated timber windows which had more frame than glass. The replacement dwelling was red brick and tile to match the other dwellings in the area. The windows were changed for large, very large modern triple glazed composite windows. The windows also include a solar reflective coating to reduce the potential for overheating.

As with all of our project we design the property with a fabric first approach to reduce the amount of energy the property needs to run it in terms of heating and hot water. While the walls are a tradition masonry construction the ground and first floor are concrete beam and block with significant levels of insulation. The roof and attic rooms are constructed from roof trusses with in excess of 200mm of insulation. As such the Building is very well insulated. In addition while the building is a complicated shape particular detail was paid to the air tightness of the building which achieved a level more than 3 times better than building regs. This coupled with an MVHR system mean that while it is a large 7 bedroom dwelling its heating bills are LESS than the previous 4 bed dwelling it replaced. 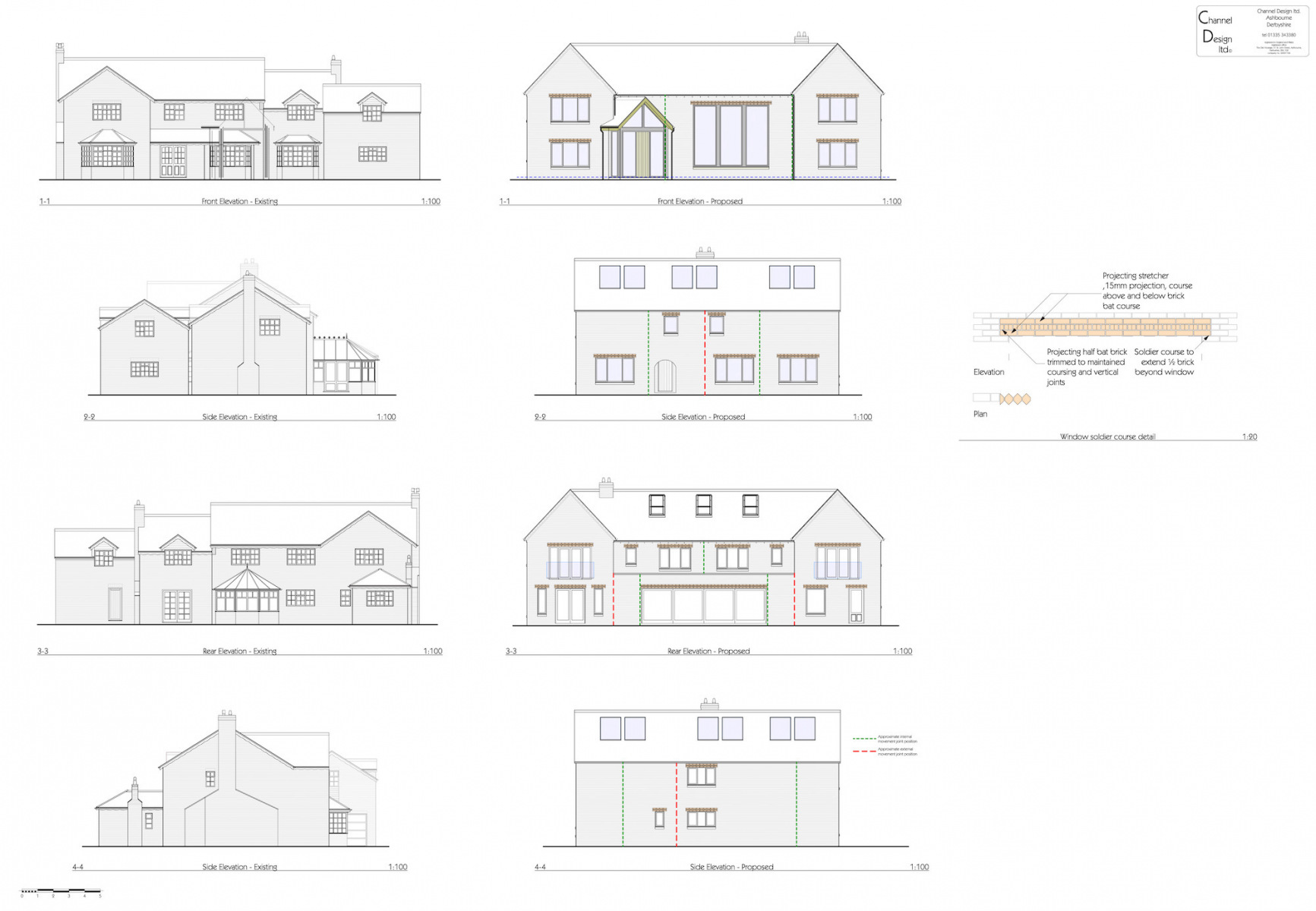