Grove house is an existing grade 2 listed building. The client wanted to replace a collapsed and derelict former glasshouse and store with a new double garage and garden store.

Following an initial pre-app discussion with the conservation officer it was agreed that a traditional brick built garage and outbuilding on the footprint of the original glasshouse would be acceptable. A scheme was put together and submitted for approval which was received shortly after.

During the application process the client also asked us to look into the possibility of a stand alone stable block and Ménage in field the also owned. We had previously achieved planning approval for stable blocks and ménages on a number of sites including listed buildings. As such the proposed timber stable block and ménage proposal also passed planning and listed approval without a hitch.

The proposed outbuilding was a very simple brick construction with good well detailed timber windows, doors and lintels. For the stable and Ménage a simple timber framed and clad approach with a simple timber post and rail fence has proved successful on a number of occasions and again proved to be the case with this scheme. 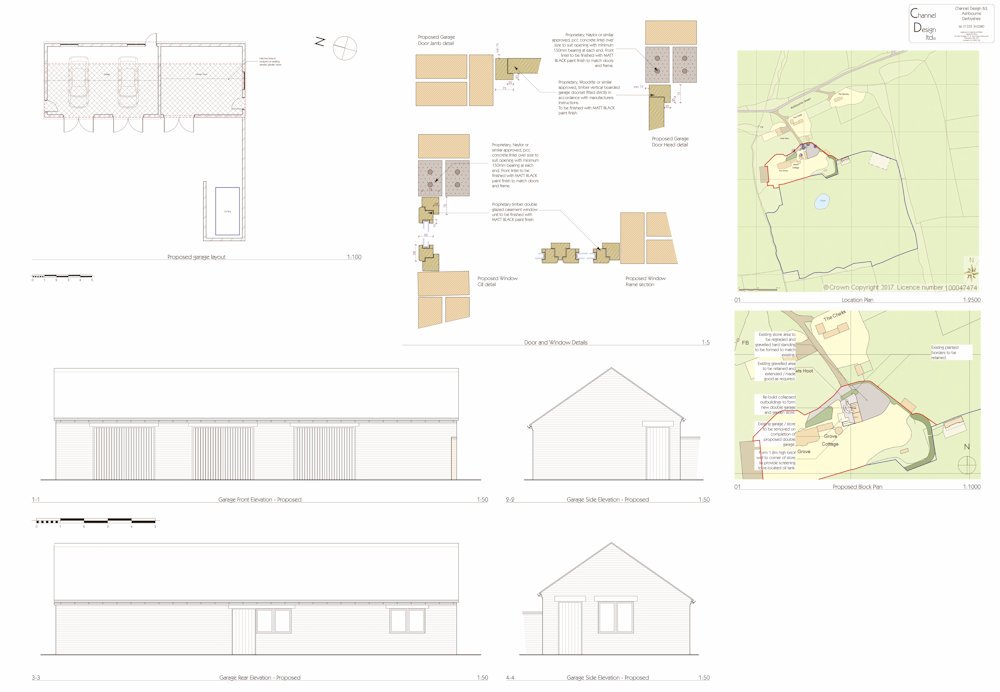