The client had recently purchased a derelict detached four bedroom farmhouse and associated outbuildings. The brief was to replace the farmhouse and an existing barn, pigsty and chicken shed with a large super insulated family home for 3 generations of the same family

The farmhouse and outbuildings are part of a small holding located on the outskirts of Ashbourne. The farm had been un-lived in for a number of years and was in a poor state of repair. It was also located in an awkward position on the site in relation to boundaries, amenity space and existing outbuilding so the decision was taken to replace it.

The existing farmhouse was a red brick building with some render. While the outbuildings were typical agricultural buildings with a mix of cheap cladding ranging from timber cladding to corrugated metal and asbestos sheeting. The proposal for the replacement house was to be predominantly red brick with a black corrugated steel “annexe” attached to the back of the building.

The proposed building was design using fabric first approach and as such the insulation was maximised while windows and opens were placed to ensure maximum solar gain while also sized and set within reveals or with external shading to reduce and prevent overheating. The site being a small holding benefited from a significant amount of surrounding land and as such was to be heated by a Ground source heat pump, at the time one of the first in Derbyshire. 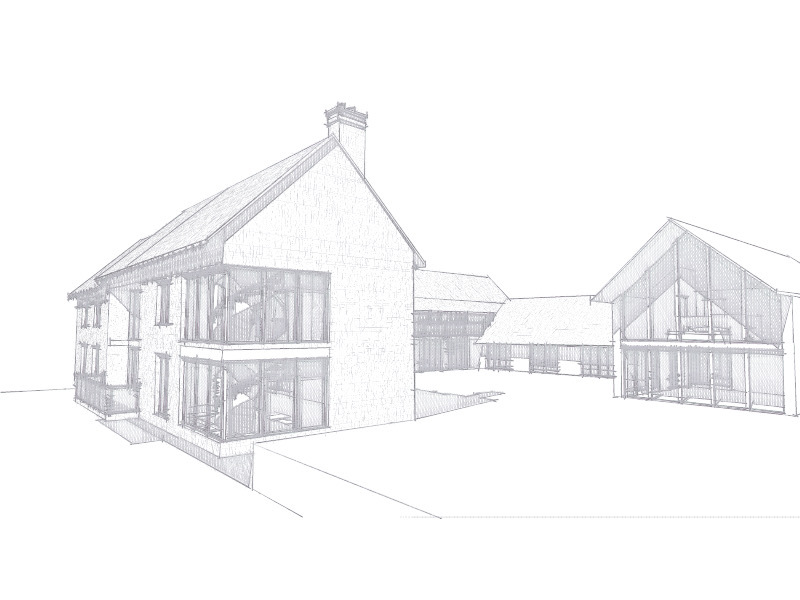